Graham Ayers is the General Manager at Jack’s BBQ located in Seattle’s SoDo neighborhood. As an industry veteran with a long tenure in food and beverage in Seattle, Ayers is the man responsible for making the front of the house work at Jack’s. And he also used to be a bit of a rock star. Check out his story…

Where are you from originally?

I’m from Baltimore, Maryland and I went to college at Washington University in St. Louis. It was 1992 when I graduated and Nirvana’s Nevermind and Pearl Jam’s Ten had just hit the airwaves. Everywhere across the country people were moving to Seattle. At the time, I wanted to be a musician and my girlfriend (now wife) had moved out here while I stayed in St. Louis for a year. I found myself wanting to join her and didn’t have much to pack up – so off I went!

How did you get into the food business?

My first restaurant job was right out of college working for Blueberry Hill – a rock n roll bar and grill that’s famous in St. Louis and has Chuck Berry’s first guitar displayed in the window. It’s still my favorite place that I’ve ever worked. I started in the kitchen and worked my way up from making sandwiches and salads to manning the grill.

When did you come to Seattle?

I moved out to Seattle and got a job at the J&M Café in Pioneer Square – which was a lot different back then. I was there for a couple of years and then in 1994, Chris Hoyt opened up Hoyt’s Pub in Queen Anne. I started as a server, then became the bartender and eventually I started managing the bar there for about five years.

After I left Hoyt’s I went to the Pink Door for a year or two – all the while playing music here in Seattle. One day, the members of the band all decided to quit our day jobs and pack up in a van to hit the road without a gig.

Awesome. How was life on the road?

I became our booking agent and I managed to book a tour. We played and travelled for about five years on the road. When we were home, I worked at the Lake Union café as a bartender.

The band ended up on the college circuit  and we became that classic story – the bass player had a severe drug problem, Jen (my wife) who was the singer got pregnant and life was going to change at that point. I was working a summer job at Newcastle Golf Course and someone told me to go check out Cactus – so I went and got a job there. I bartended for a couple years and then went on to be the Assistant GM – I stayed there for over 10 years.

So how did you meet Jack and end up here?

My wife was singing in a burlesque show called Houses of the Unholy – and Jack’s wife Deirdre was making a movie about the world of burlesque at the time. Jen met Jack and he mentioned that he was opening a BBQ place in SoDo – so she connected us and we met up over coffee.

About 6 months after he opened, Jack had just seen the burlesque show and he remembered me. I was looking for some part time work and I started as a server here. About three months in, he asked me to help manage the place with him.

What makes Jack’s special to you?

I find that I love the idea of it being glorified backyard BBQ. There’s a real familial aspect to the staff and the customers that come in here.

Who/what group of people would you like to see come into Jack’s more?

I’d like to see more families come in to the restaurant. We do have a good number of them but it would be nice to see more. And one thing I do love about Jacks is that it’s one of the most diverse restaurants I’ve worked from both a staff and clientele perspective.

What’s the best thing on the menu?

Food-wise – I’m constantly having a chili mac which is not really on the menu but we make it. And, of course, the brisket here is the real game changer for me.

What are your favorite places to eat in town?

I look for ambiance at restaurants and places like Shiro’s original spot – I really enjoy it. I also love Geraldine’s Counter in Columbia City for breakfast. I’m still attached to Cactus for Mexican and Wild Ginger does a great job. Tamarind Tree as well. Of course, it always depends on who’s paying!

What is your karaoke song?

Probably anything by the Stones – I think it would have to be Start Me Up. 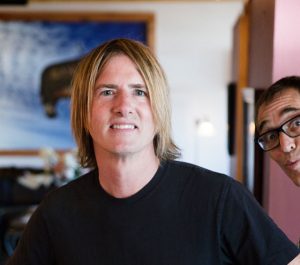 The Back Forty Blog

Drop Us a Line

Don’t be shy y’all – let us know if you have any questions!

Stay up to date on the happenings at Jack's BBQ